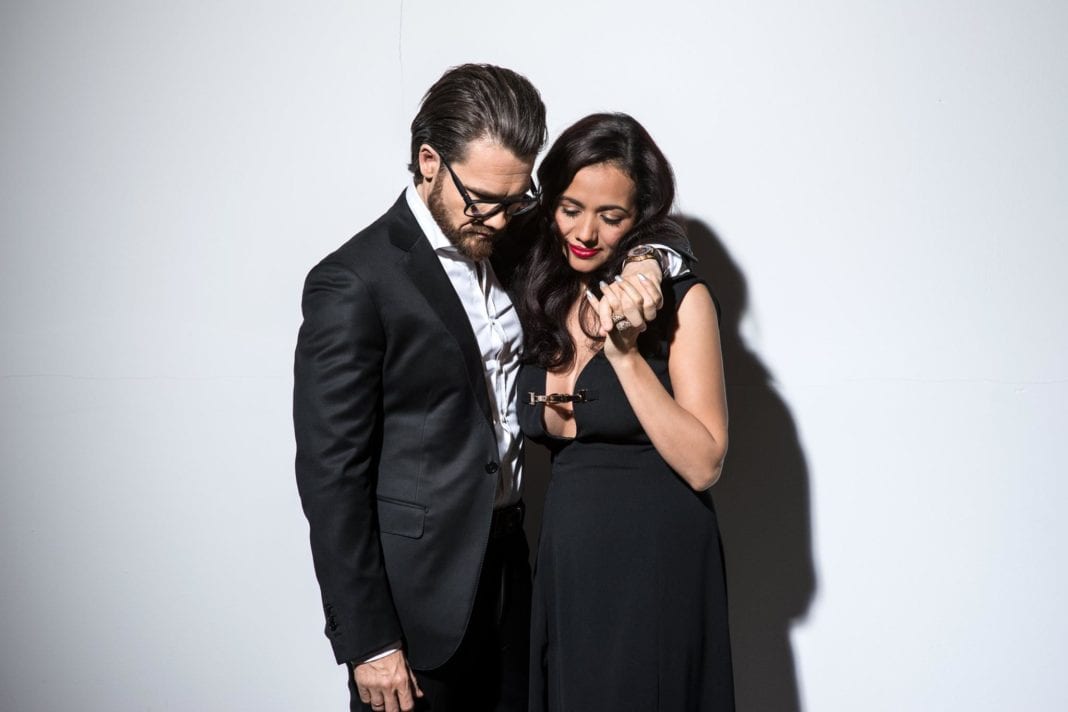 How to Turn Your Dreams Into Reality

How to Turn Your Dreams Into Reality

When we asked Mateusz to describe himself he replied “I am the Father of Adriana and husband of Iliana”. It is obvious that he is a man that respects women. Mateusz is a famous psychologist in Poland but well known all around the world. He is also a PhD economist, scientist, internationally working educator, author, entrepreneur, 7 languages polyglot, wrestler, and as he says, he is also a “heavy coffee user”. In this fascinating interview to learn more, not only about him but about yourself as well. 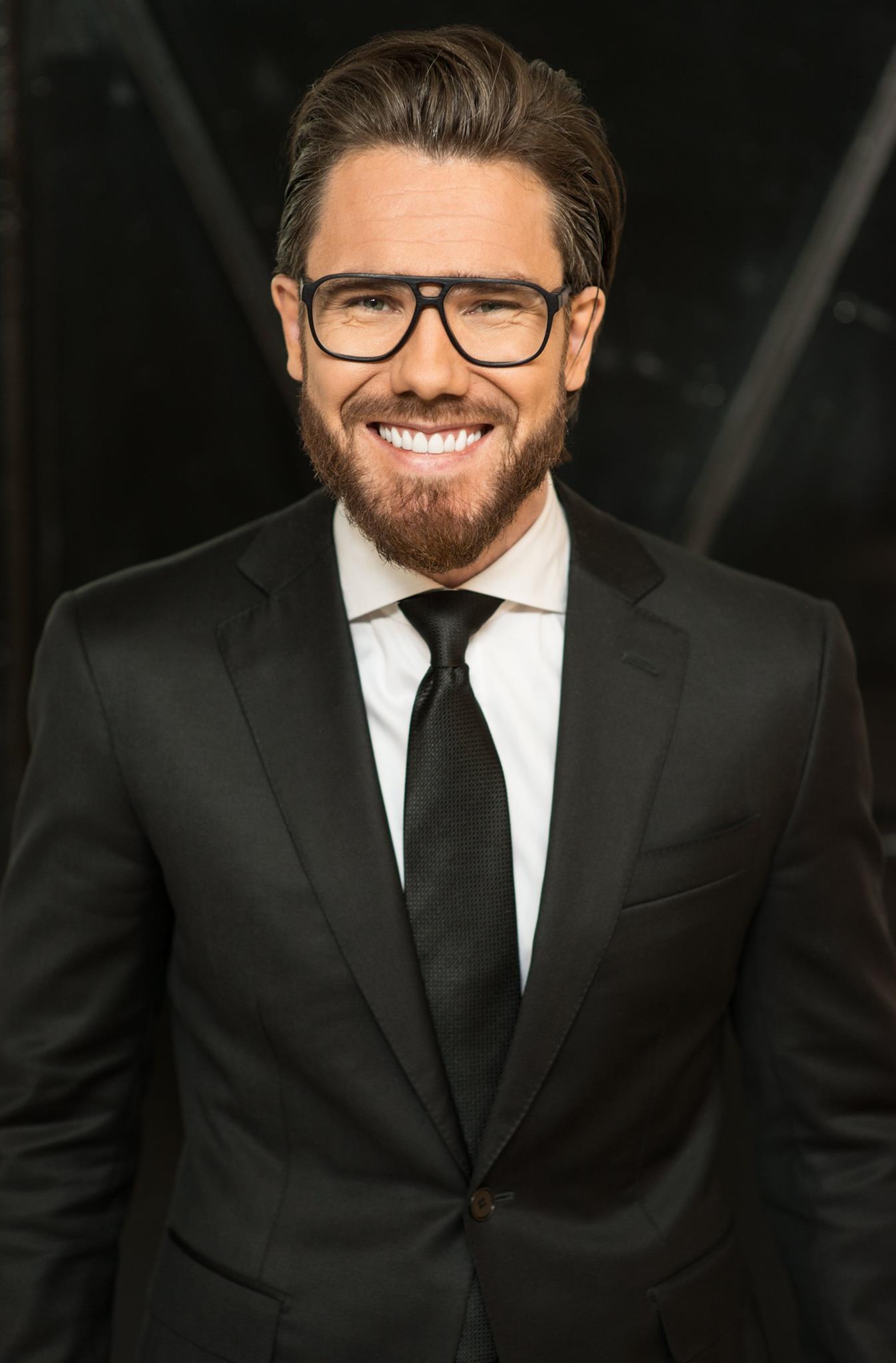 How did you start your career as a psychologist?

I became a psychologist quite late in my career, because my first steps were connected with theatre – my father is an actor and I would spend years practicing acting as a child. As Poland was a communist country back then, we all believed in education being our salvation from problems, so I learnt a lot and was good in my class. My friends wanted me to help them in private curricula and this is how I started teaching. Mostly I focused on foreign languages. These three pillars – acting, education and foreign languages connected synergistically and I became a trainer, teaching soft skills – emotional intelligence, motivation, etc. After that, when I was already pursuing an international career and had an established business, I studied psychology and became a psychologist.

Suffering in different forms. Seeing my parents divorce and being unable to communicate effectively with each other. Experiencing poverty and realising how destructive it is. Being bored and unjustly treated at school by teachers. Disappointment which came from social rejection when I made money and became more famous. Health problems in which medical solutions were not enough. My ego driven shadows, when the archetype I created controlled me and I was unable to free myself from cultural and family mental boundaries.

Hatred and ignorance I see and feel on a collective level in different cultures, destroying, loving, and the evolving potential of all these unconscious human beings who do not know anything else. My story is not positive thinking based, that everything “will be ok”. It is not an American dream come true where from zero I become a hero, even though outside it looks this way. It a lifetime process of being hit, falling, standing up, recovering and learning and going forward till the next hit, but this time harder. The more I realise my dream, the harder my life becomes. But it is not my dream anymore. It`s everybody`s dream, to self-realise, be free, confront demons, and become more of who they want to be. If I treated it as “my dream”, I would have no motivation to keep going forward.

Who has been your role model?

Myriads of trainers, scientists, artists, teachers, business people. All of them have something special and out of the ordinary. So I respect people who are more clever than I am and learn from them. 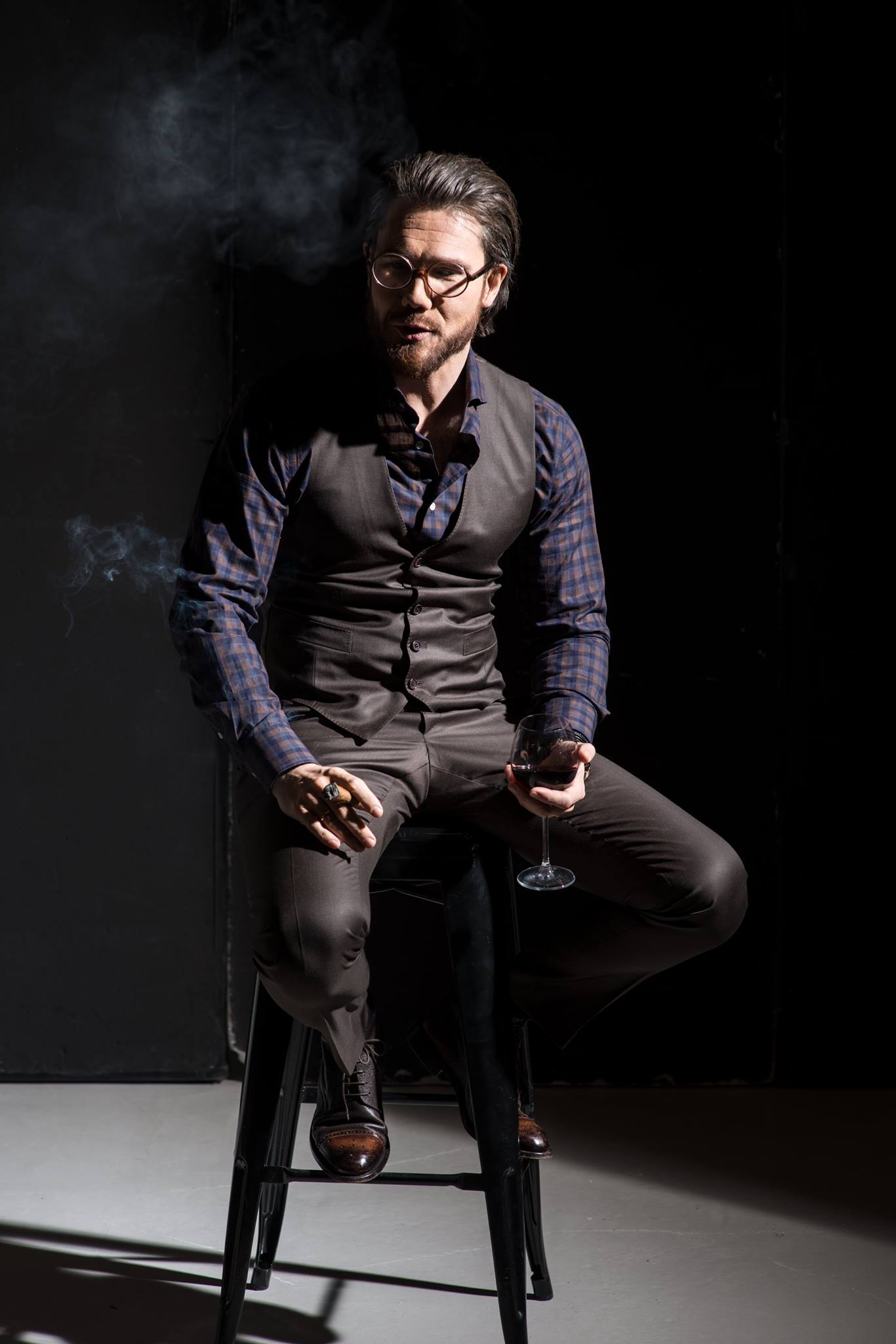 You have just launched a course about emotional intelligence. How important is for people to develop their EI?

Statistically, EQ is three times more sought after than IQ on the professional market in the US. Some jobs or activities are based purely on your ability to manage emotions and behaviours – sales, management, parenthood. Without adequate emotional control you will not get or maintain a job, solve life problems, confront issues adequately.

What are some tips that you can share with us in order for people to improve their EI?

There are four pillars of EQ. One is self awareness – you need to know what you feel and how it influences your behaviour. The second is regulation – how you get to choose what you feel and how intensively. Third is about motivation, which is how to start, continue and finish given tasks. The fourth is empathy – the ability to feel what others feel, separate it from yourself, and react to it accordingly.

In your view what makes people stop achieving their dreams?

Fear and pain are connected with it. The bigger the dream you want to achieve, the bigger the nightmare you have to go through. People wanting dreams without the suffering is like using a very sharp knife with the premise that it will never cut your fingers. But it will. So people want an attractive fiancé but do not want competition from the desiring eyes of others. They want money but do not want greed that comes with it automatically. They desire big business, yet do not want to have problems with employees. They would like fame but without the hatred and gossip. But it does not work this way. You need heavy dumbbells to build big muscles. 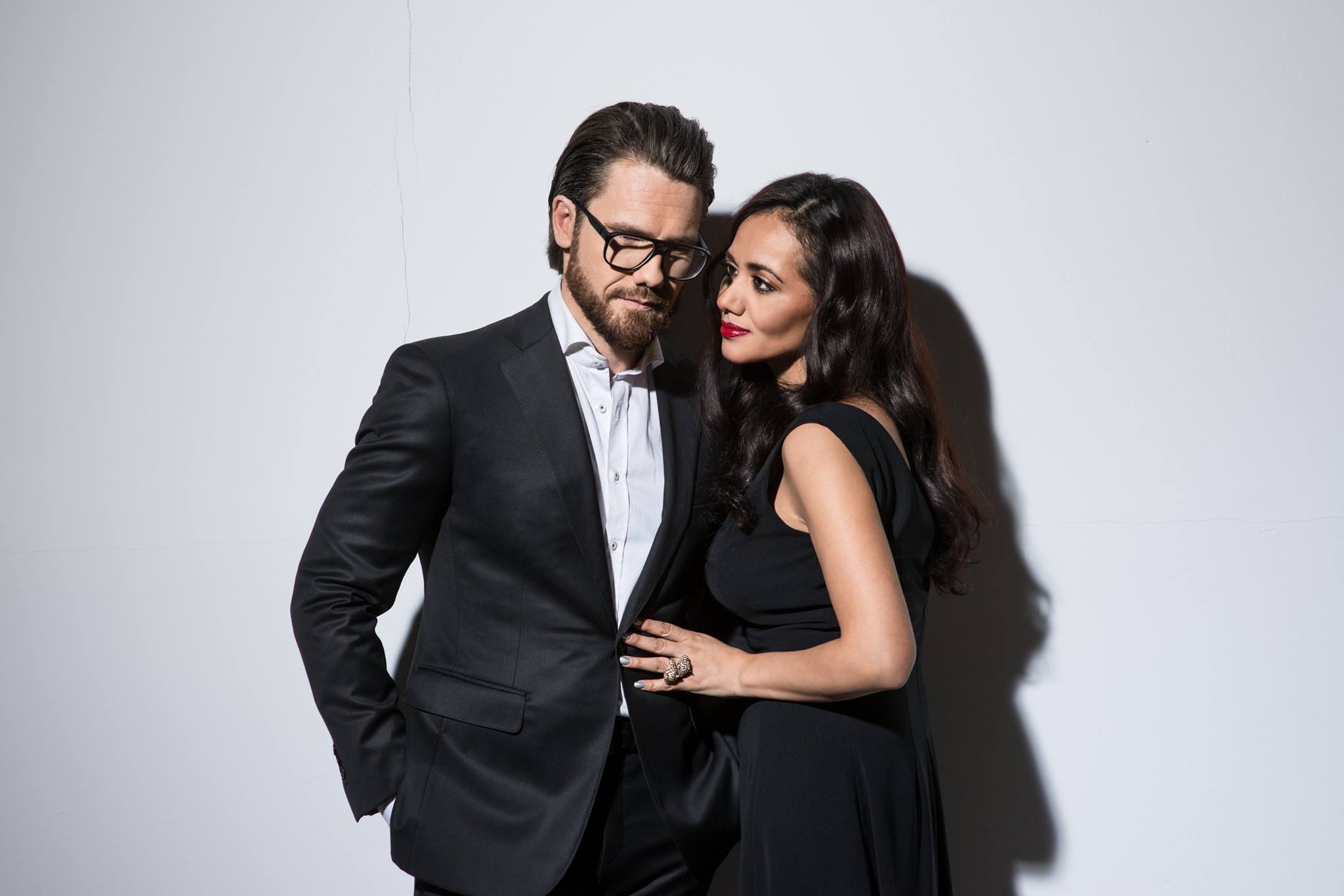 From your experience as a psychologist, what is the difference between men and women in following their career?

Depends on the culture and macro-region. Crisis of masculinity is already visible in Western cultures where with the death of patriarchy, manhood only starts being shaped in a more complete version of humanness (embracing masculine and feminine traits). The discovery that emancipation is not about swapping traditional roles but about freeing oneself from limiting cultural belief systems is an important factor. Work life balance and the need of it is prevalent, and success starts being less important than happiness. Traditionally, men have always based their self-esteem on external results, mainly stemming from work. Women value themselves additionally by different factors, like family. These questions demands a deeper answer and it can only be delivered by a laser approach towards certain cultures to avoid generalisation. There will be a time in the future of there being no difference from a financial, emotional and intellectual standpoint between men and women following their careers. Yet it is a long way to go before we all get there.

What is your opinion about women leaders and entrepreneurs?

Let`s get science into it, knowledge is more important than opinions. And it clearly shows that employees look for the traits in leaders which traditionally belonged to women: building relationships, being empathic, using intuition and feelings in the decision making process. So it is a fact that women leaders are sought after and necessary. Of course leadership will always be also based on assertiveness, goal setting, and logical reasoning, which traditionally has been connected with masculinity. But is it not finally time to stop judging people by gender and focus on competences and wisdom in the first place? Personally it does not matter if my employee is male or female, Caucasian or Asian, Catholic or Buddhist, etc. What I care about as an entrepreneur is that they do their job. So my opinion is that we need to be humans with both masculine and feminine aspects embraced in our personas. Yin yang is a circle and only then it`s a whole. 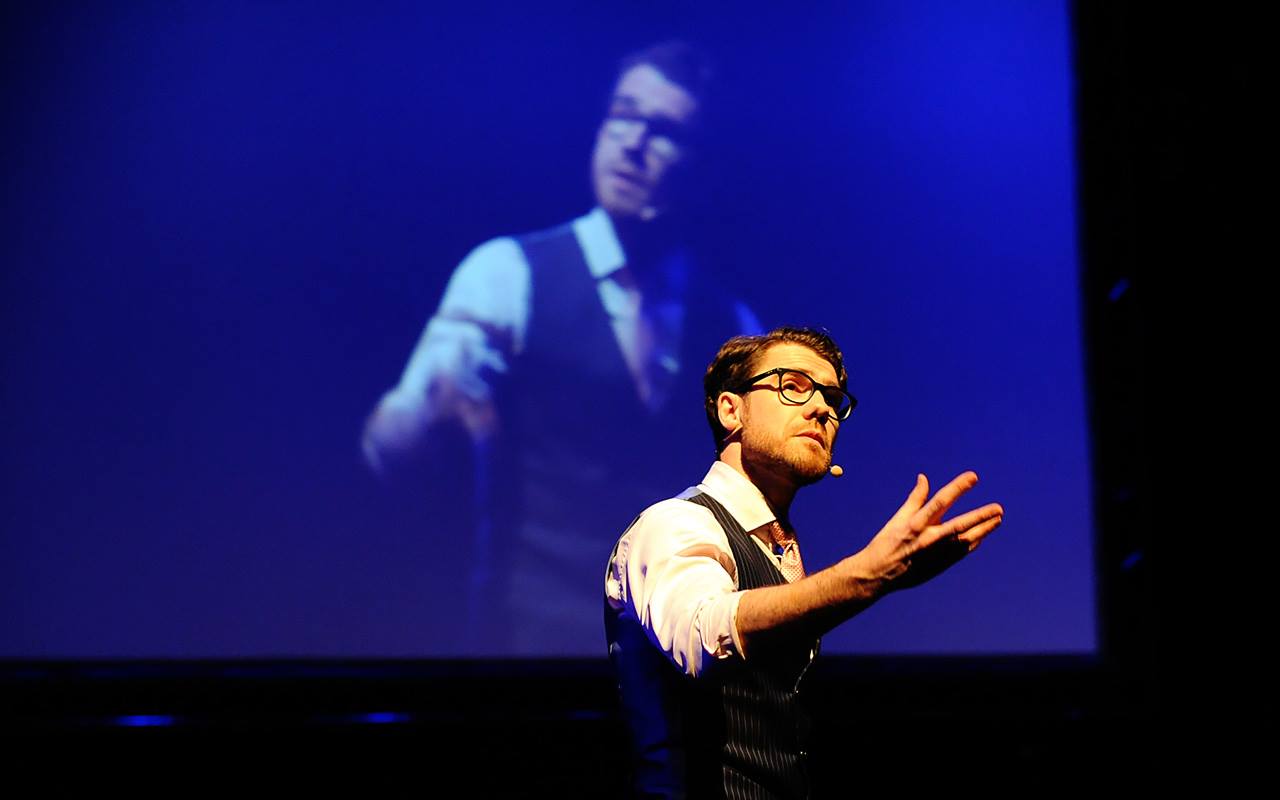 You are also the author of many self-help books – what is the formula of the process of writing and publishing a best selling book?

Education – because it gives value.

Practice – because then people can use this book to achieve something.

Entertainment – include interesting stories and examples so that people will actually enjoy it.

Science – so that you base it on some research to give it more authority.

What are three main tips that you would share with women who read this interview – what would be your tips for those who are still searching for meaning and creating a successful life?

Simply put, create your life in which you are the best version of yourself, have what you want, help others and make the world a better place.

BY gw_magazine
Women in Networking