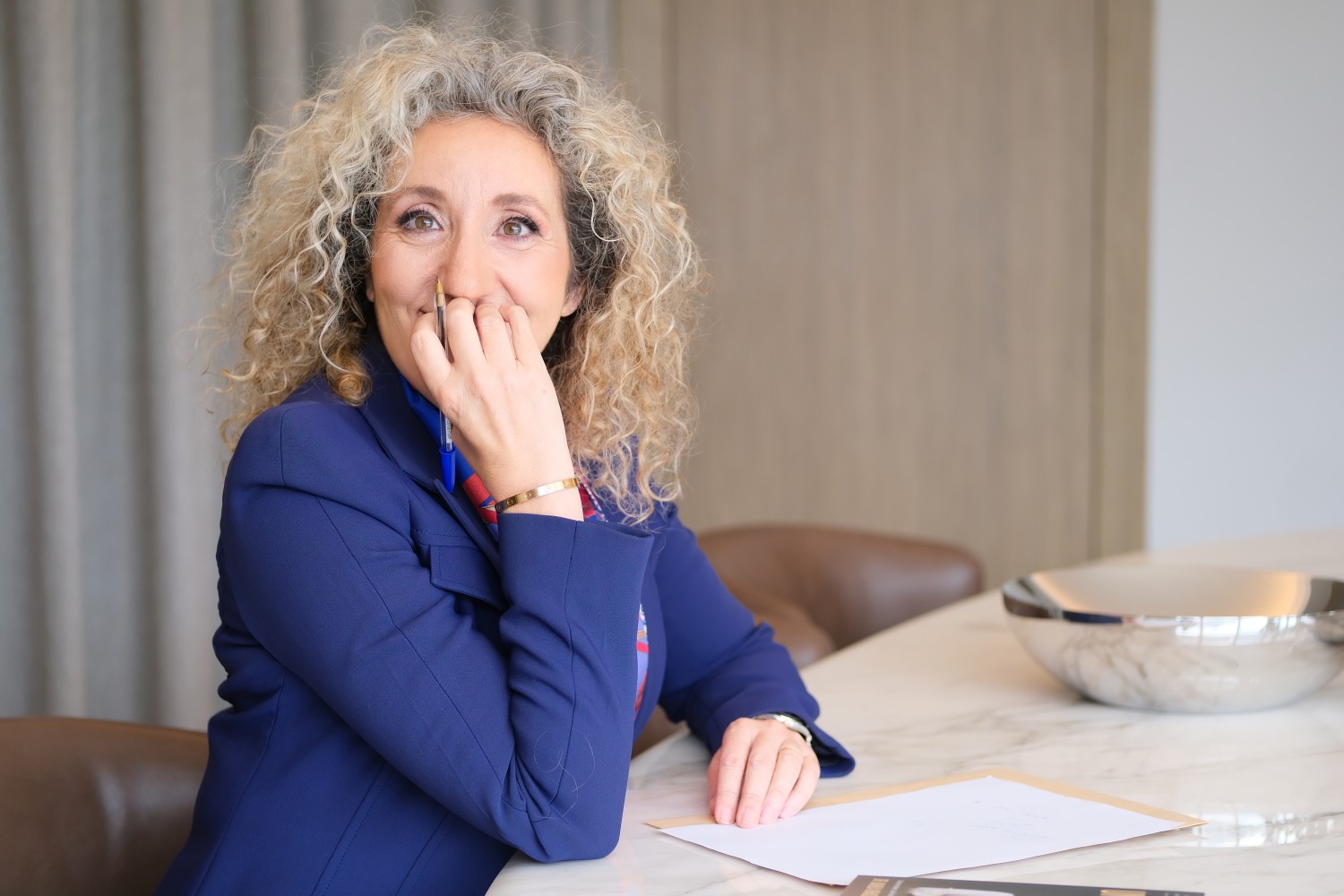 From Personal Hardship to Professional Success

Growing up, author and inspirational leader Dr Nahla Bou-Diab faced many painful and harrowing life challenges. However, rather than allowing these to crush her dreams and aspirations, she instead learned from them to develop a series of guiding principles that she has followed ever since, and which she accounts for her professional success.

As the COO of a national bank chain, Change Management and Organisational Resilience expert Dr. Nahla Khaddage Bou-Diab knows better than the most the crucial importance of establishing effective guiding principles to drive a high-performance organisation. However, she says that internalising this same concept—of identifying and adhering to a prescribed set of fundamental assumptions—is ultimately to thank for her notable professional success, equipping her with the mental tools to meet challenges head-on, and to turn them into triumphs.

Today, she is internationally recognised as a multi-award-winning inspirational leader whose ground-breaking research on ‘Spirituality in the Organization’ has been hailed as an important contribution to corporate best practice. She has been at the forefront of AM Bank s.a.l’s leadership team in her native Lebanon for more than 20 years and is the Head of Women Empowerment for the World Union of Arab Bankers, being responsible for introducing the first charter for gender diversity in the Arab world.

Prior to this, Dr Bou-Diab, who earned her doctorate from the University of Liverpool, was responsible for launching Ernst & Young Lebanon’s Management Consulting Services as well as leading the restructuring of the Central Bank of Canada. It is, in itself, an impressive resume but it becomes remarkable when you learn about the significant hardships that she had to contend with while growing up.

Dr. Bou-Diab’s childhood, she recalls, was marked by restriction and oppression. Born into a traditional, conservative Lebanese family, she was on the one hand doted upon while on the other expected to comply unquestioningly with a strict set of social rules that would avoid her “bringing shame” to her parents.

“My parents loved me and my siblings intensely. They always ensured we had the best food, best clothing, and best education. Most of the time, however, I felt as if they were more concerned about the opinions of other people. They displayed rigid compliance with social norms and I was expected to acquiesce to these expectations lest I risk them losing face in the community. As a result, I lived in perpetual fear of doing the ‘wrong’ thing, to the point of not even being able to play with other children in case I got my dress dirty.”

This anxiety over fitting in was only exacerbated when Dr Bou-Diab and her family relocated to Ottawa, Canada, when she was just eight years old, in a bid to escape the worsening political situation in Lebanon, which would soon after descend into civil war.

During the crossing, she’d dreamed of finding the freedom and happiness that deprived her back home, but this was not to be. Because she did not speak or look like the other children in her new school, she found herself bullied remorselessly, being beaten, verbally abused and spat at. Meanwhile, at home, things were equally challenging. Despite being a professional back in Lebanon, her father was only able to get a job as a security guard and was often in trouble because of the difficulties in communicating—a situation that Dr Bou-Diab says left him “constantly angry”. Worse, the small wage packet he brought back was barely enough to feed the family of six, meaning that she sometimes went hungry.

“On one occasion I came back from school only to find one small piece of feta cheese in the fridge,” she says. “I knew that this was not going to feed four kids so I left it for my younger siblings and went to bed that night hungry.”

Dr Bou-Diab shares her at-times heartbreaking story in the self-help guide Untamable: Claim Your Power, Live Fearlessly, and Become Unstoppable, which has just been published. The book presents the author’s own distinct form of mindfulness, providing practical and powerful instruction on how to take full control of your life and achieve success by learning to master your thoughts and emotions. At the heart, the book provides one core step: ‘connect, trust and accept’. The purpose here is to calm your mind so that you can connect to, trust in, and accept a deeper, universal energy that will, Dr Bou-Diab says, help foster a sense of purpose and help guide your decisions and actions for the most positive outcome.

This, in turn, is governed by five key principles which Dr Bou-Diab has identified through her life experiences: having gratitude, observing (rather than reacting), nourishing the whole self (body and mind), recognising that we are all part of a universal power, and releasing expectations (both upon yourself and on others).

She points to the feta cheese episode, for example, as highlighting to her the value of developing gratitude. “The next day as I ate, I felt gratitude that we once again had food,” she explains. “This feeling not only made the food taste better but made me realise that things weren’t really so bad. That appreciation for what you have, rather than distress over what you do not possess, has served me well over the years.” This instruction through adversity continued as she got older.

In her teens, Dr Bou-Diab faced further hurdles when she learned that her family would not support her desire to go to university, believing that a woman’s duty was to settle down and run a household, being provided for by a husband. While waiting for that day to come, she had to get a job to contribute to the family’s income. But rather than let this disappointment derail her ambitions, she instead decided to devote herself to her new job, while also embarking on a night-time course in business administration.

She says: “I was told that ‘girls don’t need to go to university’, and that was the end of the matter. I had to accept it, even though it felt like, once again, I was being deprived of the freedom I’d yearned for since my earliest years. “So I got a job with an investigation company, where I worked as a typist. At first, I hated the work, which represented all my dreams being crushed, but then I learned that by actually throwing myself into my work I could excel, I could find success, and I could move on to do something more interesting. I also realised that nobody could take my right to education away from me. I didn’t have any particular desire to study business administration but it was the only course available and I was going to make the most of it.”

Although she excelled at her job, she was almost fired by her manager, who had been harassing her with unwanted advances. The tables were turned, however, when the area manager observed her at work and quickly gleaned that her performance warranted a promotion rather than dismissal.

“Harassment in the workplace is something that many women have to endure, unfortunately, but I was determined not to let it affect my performance as if I had lost my job, I would have let the manager win. He had presented me as the sole reason the office was underperforming but his superior found out I was actually the hardest-working member of the team. I was promoted to branch manager and actually given the opportunity to fire my boss, but I didn’t take it.  I saw it as a test—was I a professional? Was I an ethical person, or was I someone guided by vengeance?

“If you become bitter or harbour negative feelings then you are being controlled by someone else. I turned down the offer to dismiss the manager as I would not allow anyone or any situation to do this to me. Too often in life, we react to events when the only way to triumph is to stand back, observe what is going on around you and then respond calmly, becoming the master rather than the victim.”

Following her principles, Dr Bou-Diab continued her career ascendency, entering into consultancy work including a major restructuring project for the Bank of Canada which, in turn, led to a partnership offer within her consultancy and, from there, an offer to join Ernst & Young. Since then, she has never looked back. Her long-held dreams of freedom—both financial and personal—have been realised, and she is now hoping her aptly-named book, Untamable, will help others achieve the same.

She concludes: “I wouldn’t wish for anyone to go through what I have had to, but at the same time I’m thankful for these experiences because they have taught me vital life lessons to finding success. Now I’m in a position where I can share the principles that have served me well and, by doing so, provide tried-and-tested guidance so my readers can rise above the tribulations they may encounter or, even better, avoid them entirely on the road to victory.”

Dr. Nahla Khaddage Bou-Diab is the author of the new self-help guide Untamable: Claim Your Power, Live Fearlessly, and Become Unstoppable, published through Oneness Offshore and packed with powerful, proven tools to transform your life. It is available now on Amazon, priced £11.59 in paperback and £5.87 as an eBook, as well as on Barnes & Noble. For more information, visit www.nahlaboudiab.com. 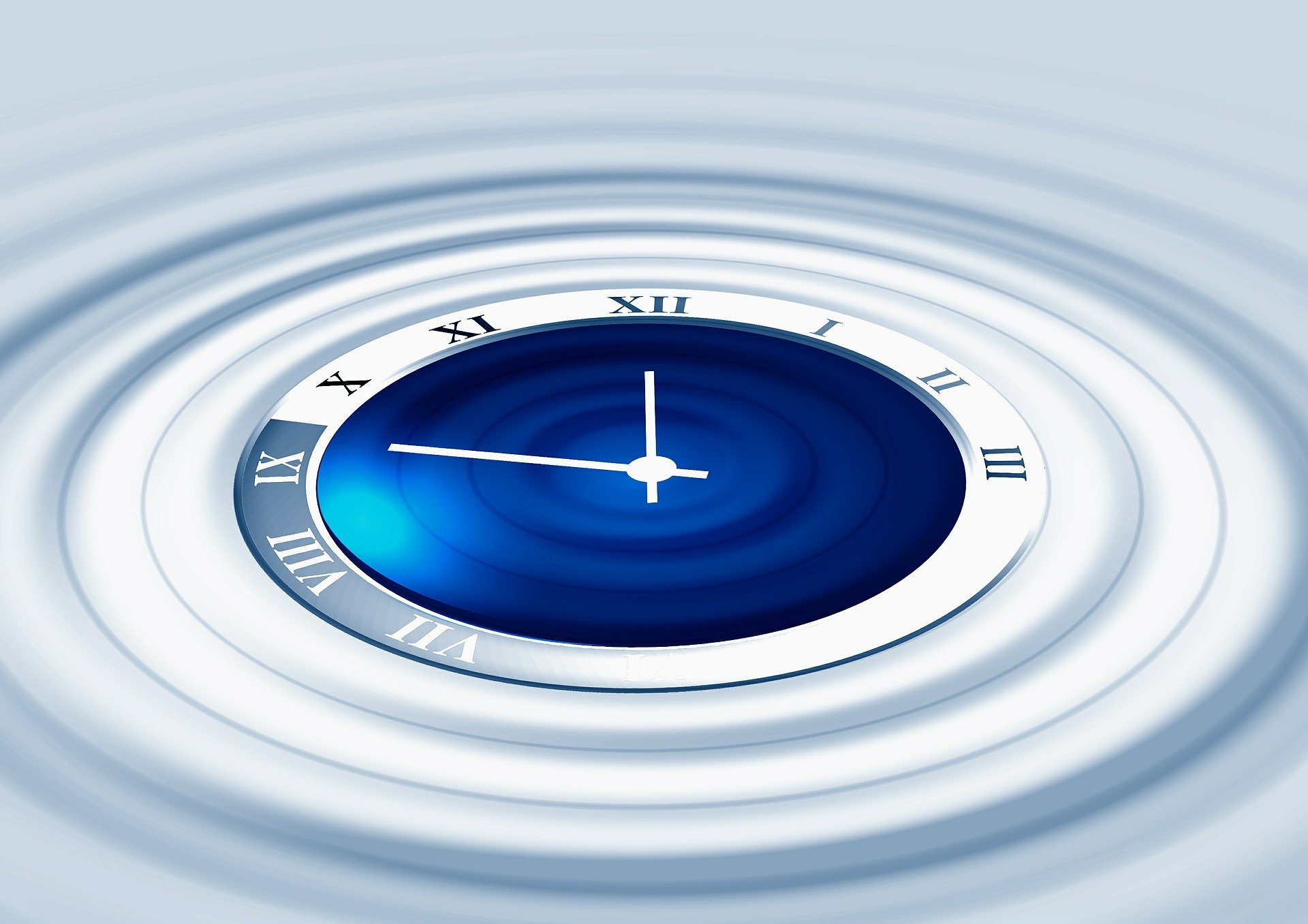 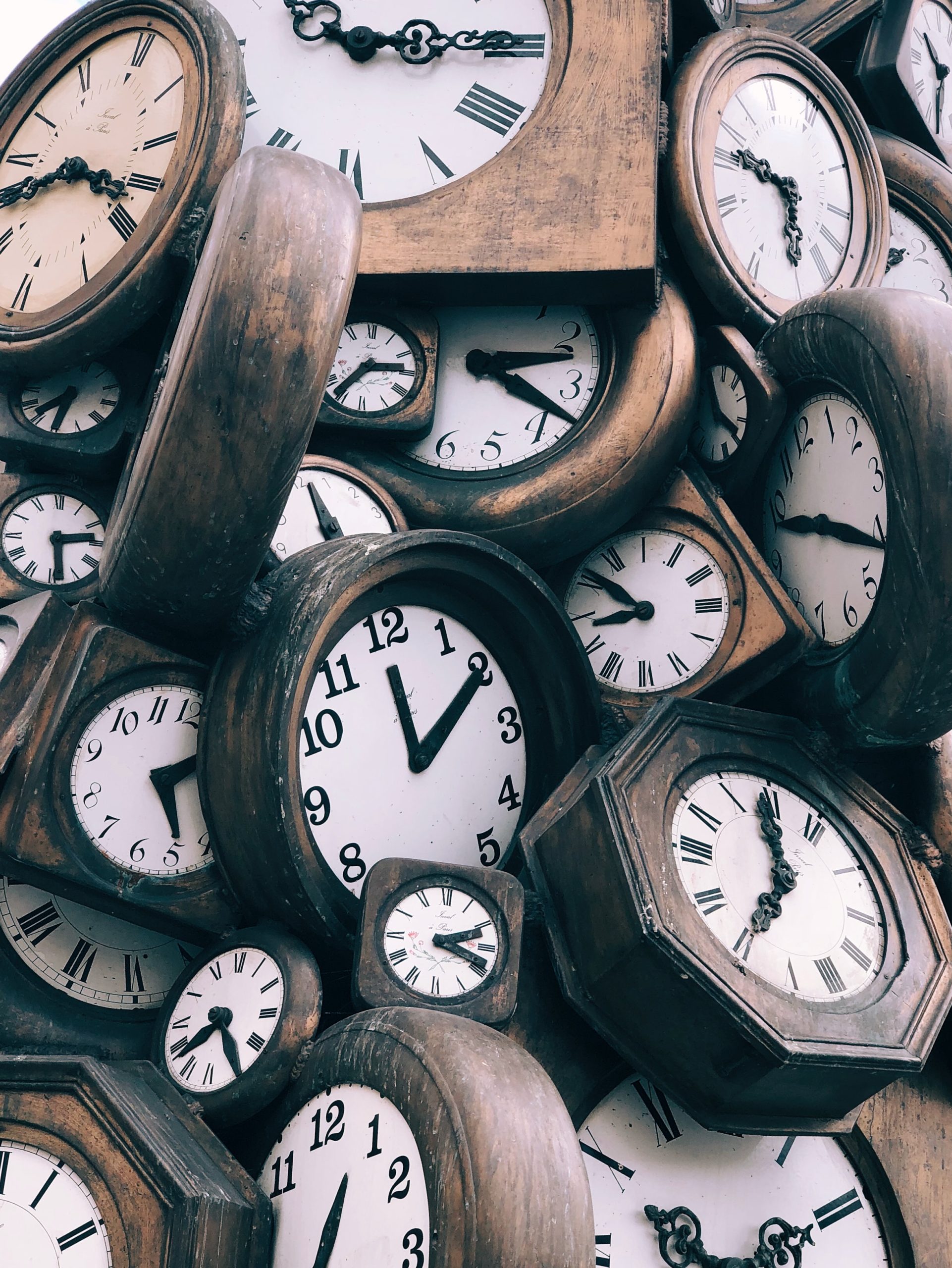 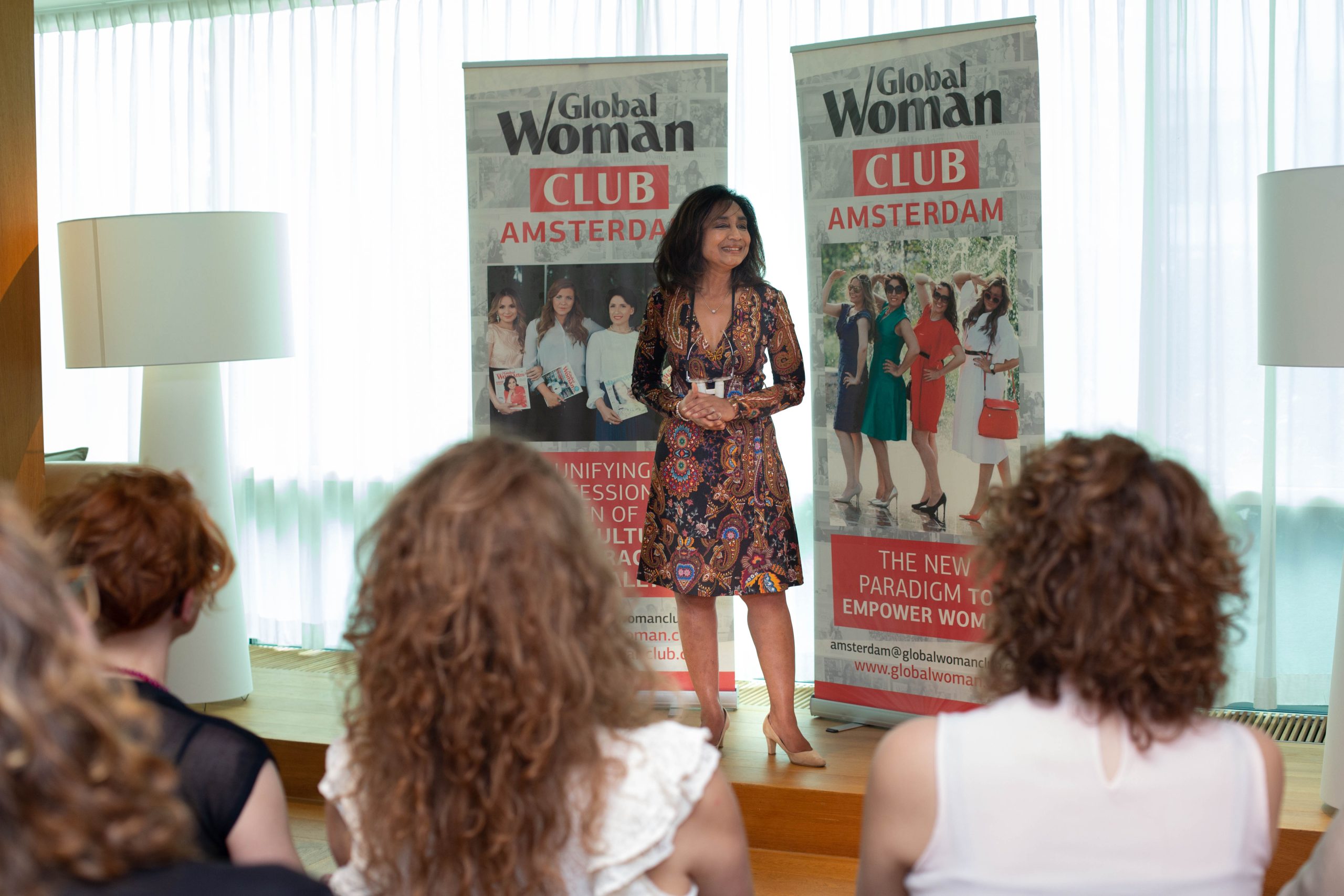