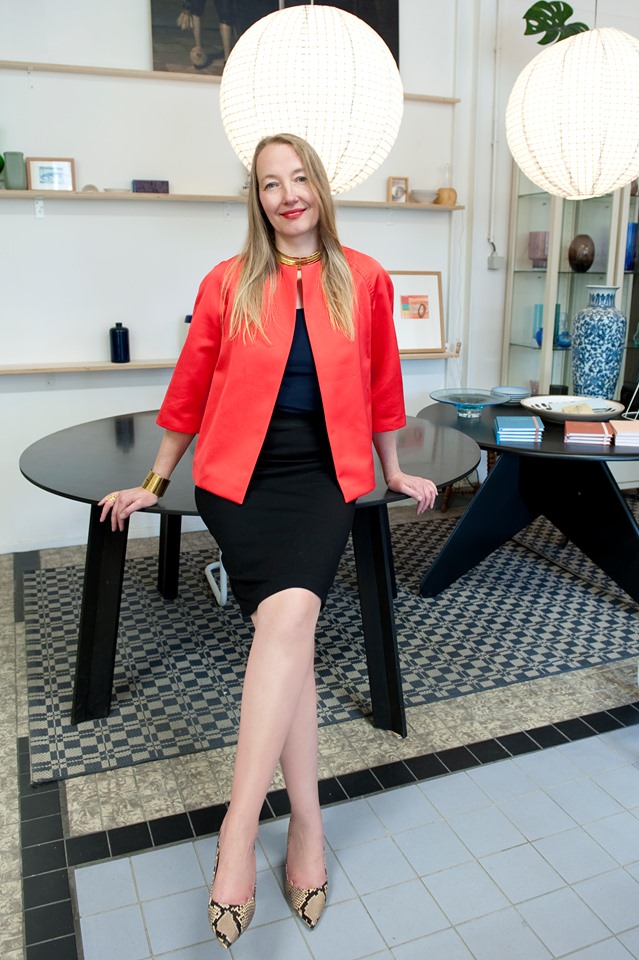 Ms. Caroline Nijland started in July 2018 her own business, Helios Infinitas, for advisory services/ business development/ project and operational management / training in the field of renewable energies and rural electrification/energy access in Africa. From March 2007 till May 2018 she was General Director of Foundation for Rural Energy Services (FRES) in The Netherlands. Her principal responsibilities were to find funding for the implementation of rural electrification activities in Sub-Saharan Africa (solar home systems and solar/hybrid mini-grids) and to implement rural electrification activities. She is specifically interested in the topic of providing electricity to rural and peri-urban areas using solar energy (Mini-grids and Solar Home Systems). Her main interests are legal, regulatory, financial and operational topics.

Could you tell us more about your childhood, and how your upbringing has contributed to the life that you lead now?

I was born in The Netherlands. However, soon after I was born my parents moved with my sister, brother and me to Crete, where we lived two years and then we moved to Cameroon where we were supposed to stay 2 years, but we stayed 15 years. My father had a career in development cooperation in the agricultural sector. Later on, he combined it with a business in solar energy. He was the first pioneer in west Africa introducing solar energy to missionaries and churches and lodges in remote areas. We left Cameroon in 1987 and moved to Meaux in France where I finished my high school. I did my University studies in The Netherlands.

Who has supported and influenced you on your life journey?

My parents, my son and my twin sister are my biggest supporters. I am strongly influenced by their positive mindset, broad thoughts, hardworking, social and adaptative attitude in life and true interest in other people. Because of the long stay in Africa, I was also influenced by the African people with their ability to relativise problems, their positivity, their adaptive capacity and having joy in everyday life.

Another person, alongside many others that provided me with valuable strategic and process lessons was my boss at the Dutch foundation where I worked in the past 11 years in the field of rural electrification. She taught me that the devil is in the details.

You have made a great career in the field of rural electrification. Can you tell us more about it?

As a child I became very aware of the fact that 95% of people in Cameroon had no access to electricity. We had access to electricity in the capital city but with many interruptions (blackouts). So at sixteen-years-old, I left Africa with a strong awareness that there was a great need to support Cameroon and many other African countries with the necessary infrastructure. I have followed in my father’s footsteps. He taught me the basics of solar energy since 1998, at a time when solar energy was not yet widely known and was not taken seriously as an alternative renewable energy source. He strongly believed in the benefits of electrification through solar energy for the social and economic development of the rural and peri-urban areas in Africa. Hence soon after my studies and after a short professional detour in the education field, I quickly found my calling. From the year 1998 I gradually started to work in the field of renewable energy and specifically rural electrification with the aim of supplying as many households, community services, small and medium enterprises as possible in rural areas in Africa with electricity. All this with the help of decentralised, large solar power plants for entire villages and individual systems on household or community roofs. Between 2007 and 2018 I have been the director of Foundation for Rural Energy Services (FRES) in Amsterdam, set up by one of the major energy companies in the Netherlands. During that period, I worked with a lot of passion and hard work (together with committed colleagues) to ensure that tens of thousands of households and businesses across five countries in Sub-Saharan Africa are connected to electricity. In addition to attracting funding from the World Bank, the EU, European and African governments and various international funds, I was also responsible for lobbying and negotiating with national governments to set up electricity companies, establishing concessions and partnerships, implementing the organisation’s strategy, following the progress of local operations. I was on the board of the local companies as president / board member. I was also vice president of an umbrella international organisation for rural electrification in Brussels (Alliance for Rural Electrification).

How do you help entrepreneurs, companies and professionals to focus on in the field of renewable energies and rural electrification/energy access in Africa?

Alongside my own work, I also volunteer in advising and supporting entrepreneurs in Africa to get access to finance, as they do not often have the same opportunities as us in Europe. Especially small and medium businesses do lack network, expertise and experience to access finance to start or scale-up a business.

I coach/supervise a lot of young people in Europe and Africa that are interested in the field of renewable energies/rural electrification, transferring my knowledge and expertise to allow them to develop themselves professionally and make them enthusiastic about the work of rural electrification as there is still so much to undertake in the sector.  It is very rewarding.

What is ‘Your Personal Success Code’ and how did you develop it?

I always had this deep feeling of a mission in my life: helping vulnerable people to improve their living conditions, alleviate energy-related poverty and stimulate socio-economic development. I have this fire that remains burning in my heart willing to change the world, combatting injustice and inequalities in society. In that sense my long life in Africa and the work of my parents has contributed strongly to this passion. That drives my energy and perseverance forward. My success code is working hard, support other people, stay yourself and open minded for other people’s beliefs, and believe in what you want to achieve.

What advice would you give to women who want to have a great career like yourself?

I would like to advise women to find and follow their passion. When I started studying after my secondary school and when I finished my studies I still did not know where my heart lies. But by working hard, tackling everything and working in different sectors you will find what is your passion. Just dare to not only follow the beaten track, undertake a little bit more than what is expected from you in work and in your life, and you can achieve much in your life. Be patient as it can take some time before your passion materialises. A perseverance mindset will help.

What are your plans for the future? What would you like to achieve for yourself?

Since August 2018 I have my own company (Helios Infinitas) working as an independent consultant, business developer and trainer, advising international organisations, European and African governments or companies on implementing renewable energy and rural electrification activities. I advise on how to scale up and advance energy access in the field and how to tackle related environmental, economic and social problems that come along with development of the sector. With my large expertise and experience I would like to provide an answer to the climatic challenges faced by populations in rural Africa. I strongly advocate for sustainable development and more transparent governance.  There are still 600 million people in Sub-Sahara Africa that lack electricity. Still so much to do. Inventing continuously innovative sustainable business models that allows for sustainable inclusion is therefore important. Every household, community or business that we can provide with energy access is a blessing as it is unacceptable that still so many people in the 21rst century on this planet are deprived of basic electricity. Electricity is one of the drivers for economic development of rural areas. People tend to migrate less to cities or other promising countries as soon as they have access to electricity as it allows them to start activities that generate income. I aspire to create within 5 years a pool of female talent in the sustainable business sector and Identify all those who have the profile to invest or accelerate the implementation of sustainable businesses or to manage these businesses in Europe and Africa taking into account social, environmental and economic factors.

You work in a field which has been for many years dominated by men. How can we create more equality between men and women in the world, and how do we help women to feel more ’self-worth’?

Due to my 20 years of work in Africa I became more and more involved in assignments regarding the topic of reinforcing the social and economic position of women in Africa and equality between women and man, supporting women at facilitating access to finance and to sustainable energy & services, increasing women’s technical and business skills with vocational training, as well as improving the general environment for women’s entrepreneurship via political advocacy and awareness. I am always impressed by the energy, the tenacity, the resilience and the sense of commitment of women in Africa.

When I started my endeavour in the renewable energy sector in 1998 – specifically the rural electrification sector – I was practically one of the very few women in the sector. In some boards I was even the only female board member. I had to work harder to be recognised as a professional. I was lucky that I had some network from my father but still it was a long way. But by working hard, listening, willing to learn continuously, being patient, putting a lot of efforts in networking and being present in the field in Africa. I gained very quickly trust and confidence from my male colleagues in the sector. I was very successful in lobbying, networking, implementation of projects and partnerships and attracting finance so that also helped to gain trust.

From fashion school to flying celebrities: Jacqueline’s journey to becoming a Pilot
October 23, 2019

Surrounding Yourself With The Right People Changes Everything
October 8, 2019