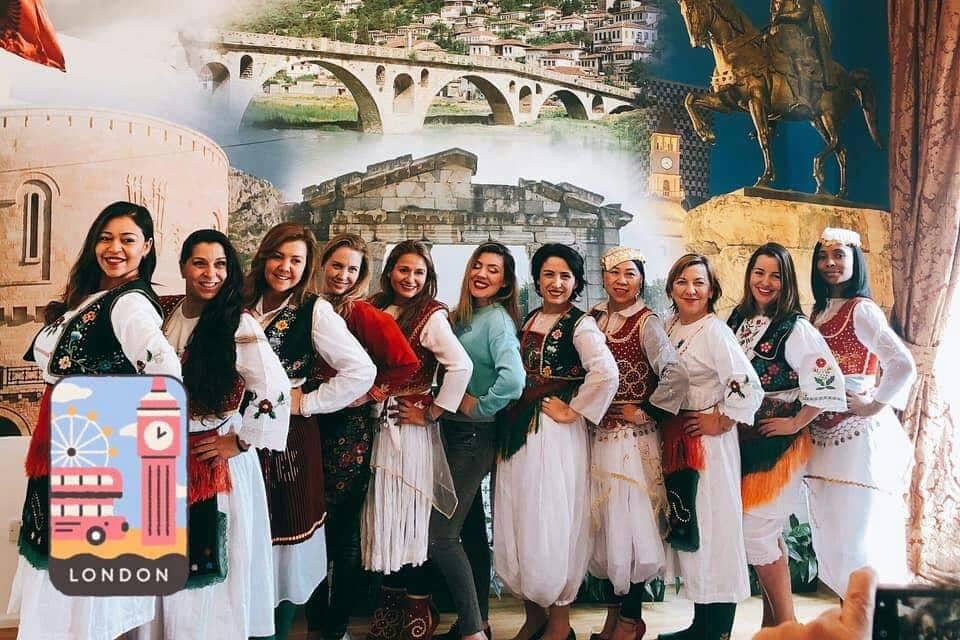 Friday 8th March is the focal point in the movement for women’s rights.  At different times in the world it has been characterised by different phraseologies such as “Mother’s Day”, “Women’s Day”, and so on. But its core is still unchanged: the symbol of humanism and empowerment it carries. It is phraseology that implies the source of life, the continuity, the sweetness of feelings and of the soul; the best, most humane creature, which arises and increases life…WOMAN. We celebrate the amazing social, cultural, economic and political achievements of women – while also the struggle for greater progress towards gender equality continue.

The framework of this day so important not only for women, but also for society, and with the invitation of the Albanian Embassy in London, our founder, some of the directors and representatives of Global Woman became part of a very interesting project aimed at the promotion of the best values ​​of Albanian women.

The founder of Global Woman, Mirela Sula (who is Albanian) and all the women from Global Woman were received in the quarters of the embassy, enjoyed Albanian breakfast and later did photo-shooting as well as filming, to give messages in the Albanian language in this important day for women worldwide.

The ceremony and this project were not only in honour of the figure of Albanian women, but also of the Albanian identity, highlighting the best spiritual and cultural values ​​of Albanian people.

The Albanian ambassador Qirjako Qirko recognises the full worth of great Albanian women (like Mirela Sula etc) who are the best ambassadors around the world who elevate the Albanian name and soul and make them proud.

This Friday 8th March is a great opportunity for women to stand up, speak out, and be heard. This was the great mission of this project: to support and to speak loudly the best values of Albanian women.

There is no lovelier way to say thank you to Albanian women for their contribution in our society, than by delivering messages of goodness, gratitude and affection for them.

In respect of Albanian women and national traditions, the representatives of Global Woman tried the traditional outfits of different northern Albanian regions. Almost every cultural and geographical region in Albania has its own specific variety of costume that varies in detail, material, colour, shape, and form. Albanian folk dress is often decorated with symbolic elements of Illyrian antique pagan origin, like suns, eagles, moons and stars.

The national history of Albania during the heavy centuries of slavery is full of examples of heroism of Albanian women. Their role and contribution to different historical periods towards the freedom of the homeland is very important, on which there is a lot to write and talk about. Therefore, it is an indisputable fact that Albanian women occupy an important place in the national history of Albanian  people, starting from the Illyrian period and beyond.

Appreciated as the incredibly active in national affairs, especially in recent years, the Albanian woman has proven to be a lady to guide the state and lead the way forward. The presence of women in politics and in other important fields of social life would, foremost, create a more peaceful and uncorrupted environment. The time has come for Albanian women to prove the most perfect values, energy and creativity, to use it for their own good and for society as a whole.

How the marketing skills can be transferred in any area of people’s lives
March 14, 2019

From fashion school to flying celebrities: Jacqueline’s journey to becoming a Pilot
October 23, 2019