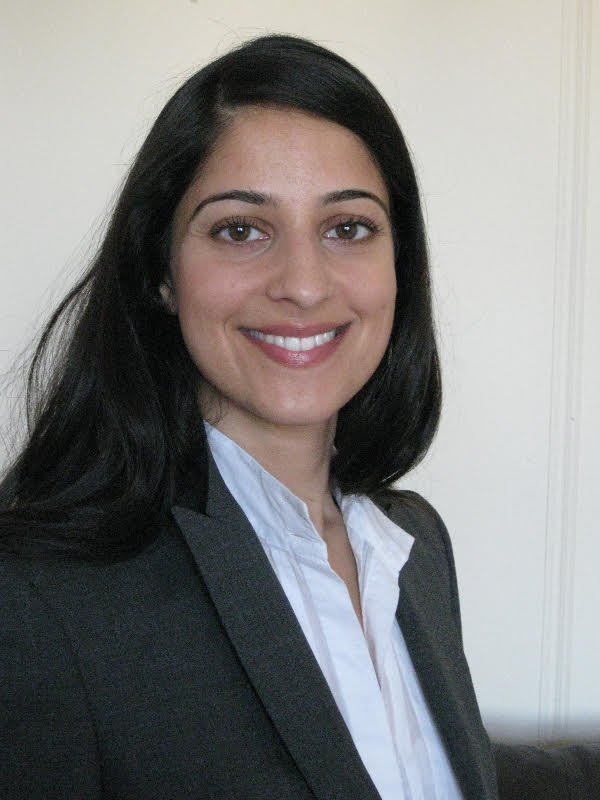 Mandeep Rai
How I find my inspiration

Mandeep Rai, a renowned Cuban broadcast journalist, would have been surprised if someone had forecast her success when she was little. Growing up in an environment where both of her parents were efficiently running businesses, Mandeep had early experience with “constantly serving the customer” as she tells us. Without setting out to pursue a career in journalism, she ended up taking several degrees which proved to be very helpful in realising her mission with ‘Creative Visions’ – to inspire and support young activists. These years provided her with the knowledge she needed for the upcoming challenges of becoming a successful journalist.

While wanting to empower artists to embrace their passions and helping them to do so, part of her job as a mother of two young children also includes taking time off for her family and loved ones. Balancing this is trickier than it might seem! The following interview gives an insight into Mandeep’s professional development and her secrets to achieving success.


What impact did your childhood have on your future career?
I grew up in a household that was being led by my mother as opposed to my father. My parents lived together but my mum was the entrepreneur and she was the one who set up the businesses. I guess that has given me the entrepreneurial spirit that I now have. We also always grew up around the business so my parents have owned businesses since I was seven until I left for university. Home and work was always integrated, you are constantly serving the customer. Then you realise it’s not just the customer, it’s everyone. You have guests at home. We have this philosophy that whoever’s before you is ‘God’ and you serve them as if they were God.

I was also the only non-white person where I was growing up. You just know that you’re different and can’t pretend that you’re not – so you might as well just embrace it and make the most of it.


How would you describe the support you received while becoming a professional journalist?
The BBC was extremely supportive and they didn’t put any limits on anything. They said that you are as good as your next story. And if it’s good enough, it’ll get on air. They really made the world my oyster. I travelled to over a hundred countries because of them. They never prescribed what I should be writing about or what I should be broadcasting. They were literally the ears to listen to what I had found. There’s nothing more supportive than freedom. The BBC is really unique, I’ve learnt now – by working for others – that they are truly exceptional.


Travelling seems to play an important role in your life as a journalist and an open-minded woman. What do you enjoy most about your journeys all around the world?
Loosing myself and becoming a chameleon or a sponge. I would disappear; I’d just listen, watch, taste and be part of wherever I was. I was felt such gratitude that my job made me lucky enough to be in the waters of a lake in Guatemala or visiting a temple in Palestine or just being Cuban in Cuba? Just the privilege of being able to be at one with the world, with nature and with wherever environment you’re put into was really exceptional.

Who are the three most inspiring people to you?
Definitely my mother and God or whatever you might call him. God could be a universal energy as well as the person in front of you. God is you and everyone around you. I don’t mean to sound corny or clichéd but honestly, my philosophy is that everyone has something really unique. Whether you find it or not is another matter because the person in front of you can often see it whereas you can’t. The Business school calls it the USP, the ‘unique selling point’ and that every business has to have it. But actually every person has it so I find whoever I’m with, If I give myself the opportunity to be truly engaged, then they’re inspirational. So being present is the inspiration.


You seem to be a very busy woman, how do you balance work and leisure time?
I don’t think I have any free time because I have two small children and they take up everything that’s left over. I guess I look at things in “month chunks”, and within a month I’ll try and find one or two days for rest or freedom, restoration and replenishment. In every day there has to be a good chunk of kids time; quality time that each of the children get and that we get as a family. Those things are sacred. Work is kind of everything I do because I am fortunate enough to be doing what I love, it’s everywhere. On top of that there’s socialising, so either family time or work becomes social time because you do it with other people.


What is the most important thing you have learnt during your employment at BBC and Reuters as a broadcast journalist?
To drop my opinions and questions and not to frame what’s happening. The biggest lesson I learnt was definitely to listen. Listening means learning to ‘un-educate’ yourself and being a ‘blank sheet’ so that the real story can come across. That way you can ensure that it’s not filtered, edited or shaped by you.


How did you find your way to work with such an inspiring company like ‘Creative Visions Global’?
I was on a Sabbatical in Central and South America and my aim for perfecting my Spanish was just to be Cuban in Cuba. The only hindrance to being that was the ‘baggage’ I was carrying with products like Puma trainers and Colgate and anything else that was branded, because you can’t just emerge yourself into Cuban society. I didn’t want to be in the dollar economy in Cuba or sit in a hotel; I wanted to be part of the paso economy and just disappear into the country. So I spent the night at Cancun airport waiting for the next flight to L.A. which was going to be my last stop and asked someone whether they would put my baggage on the conveyor belt which had all my stuff in it and when it got to L.A. not to pick it up and let it go into lost property. Only the person I asked didn’t leave it on the conveyor belt, she took it home – this woman happened to be Kathy Eldon and after inviting me to her home and interrogating me, she offered me a job!

What was the biggest change in your career that you had to face during the last few years?
I’ve changed careers lots of times; I went from private banking to journalism, from journalism to venture capital and from there to setting up a fund and now being an author and running Creative Visions. In general I’d say I don’t change; whether it is business, media, development or NGOs – I will take everything with me and add whatever I learnt previously to the next task. It’s about keeping all those strings, so that the plat that you’re creating has just got an extra ribbon.


Creative Visions Global supports young, striving activists who represent change and enthusiastic creativity. If you were to give one piece of advice to young artists, what would it be?
To follow their interests, their passion, their first and true love. To pursue what really gets them talking, their blood boiling and jumping on a bed. There is always one thing that matters to you more than anything else and you can tell what that thing is because you will have a bigger reaction to this more than anything else.


Do you have any secrets to your success that you would like to share with us?
Listen, respect and be open!

Tags: Women in Leadership
Share This Post
Previous ArticleI see every female as my sisterNext ArticleI am a business woman and I wear many 'hats'
You May Also Like

I am aligned with influential Artists, Innovators and Leaders
July 21, 2017

Trading in Financial Markets is Exciting and Gratifying!
July 21, 2017