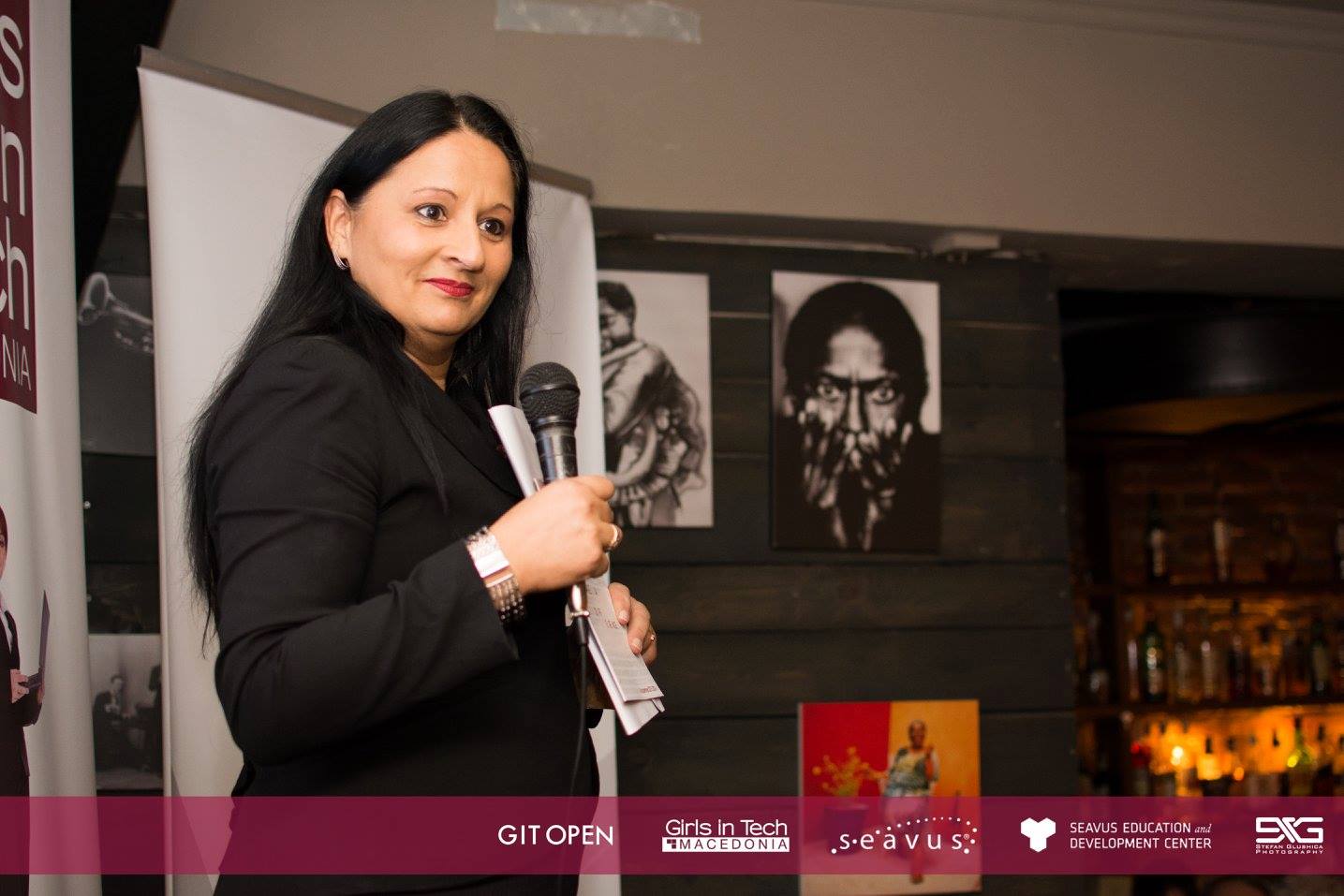 Madi Sharma
We are all responsible for driving change. No excuses!

Madi Sharma is an international public speaker, particularly in the field of entrepreneurship focusing on female gender balance and her passion for corporate social responsibility. She has been a victim of domestic violence, something she got herself through and as a single mother managed to establish her first company, starting from her kitchen. Madi has received the honours of the ‘Asian Woman of Achievement’ and the ‘UK’s Best Boss’ along with the fastest company to pass Investors in People. Read her incredible story of how she went from victim to “Victim of Changemaker.”


You call yourself “Victim of Changemaker” – why is that?
At the age of 29, I found myself lying on the floor, having been beaten on every part of my body except my head – abusive men are very careful not to leave visible evidence of their handiwork! My four year old daughter was screaming as she watched and the neighbours continued to work on the gardens in the sunshine, turning a deaf ear to my screams for help. I understood at that point that looking in the other direction when an injustice was taking place, or defending such abuse, would only allow abuse to continue. So when I could get up from the floor, and when I found the strength to stand up – I picked up my children and I walked out to change not only my life, but the lives of others – Hence, from Victim to Changemaker!


Can you tell us about the hardest period in your life and how you got through this time?
I think the most difficult part of my life was the evening I was alone with the children after I had left my abusive husband. I had a responsibility not only for myself, but for my children. I was completely alone, no one to rely on, no one to blame – I considered to go back… I considered also to end my life… but then the children would have to stay with my ex-husband and what if he abused them? I could not let that happen. That was the turning point. This was my life now, my decision, my choices and my responsibility. It was the start of my philosophy of a no blame culture and ‘No Excuses’! I could have the life I wanted for me and my kids, I would have to start believing in myself and my abilities, I would have to stay positive, I would have to reinvent myself. I would win. I would show the world that I had value and I would prove to the world that I could define my own success. No Excuses! … And now you see that the same phrase stays with me today.

Where or who do you get your inspiration from?
I get my inspiration from those around me, in general from those less fortunate than myself; from those who overcome challenges to survive, those with disabilities who never complain, those who are in poverty, but still smile and greet you, those who do the jobs in society the rest of us do not choose to do. Yes, I can say that Gandhi, Nelson Mandela and Mother Teresa of course have been role models in my life. But for inspiration – it is young people who have vision to change the world, amazing young girls like Malala Yousefai; it is women in developing countries who go to work all day to feed their families and their husbands and sleep without eating; and it is women across the world who live through domestic violence and rape and find the strength to carry on – all these women inspire me not to look the other way, but to speak out against the injustice and inequalities they face.


You started you first company from your kitchen and built it up to 2 factories and 35 staff – tell us about this incredible journey of yours?
I started my business in my small kitchen at home, producing four samosas because I have no qualification, nor recognised competences or skills, and actually I also had no money… but I needed to find an income to support my kids and myself. It is what is termed a “Necessity Entrepreneur”. Very slowly I manufactured and sold more and more every day and within a short time employed a few women very similar to me. Within a few years my kitchen at home was too small and we moved to one factory and then another and with the increase in factory sizes came the increase in staff numbers, with all of my team long-term unemployed people. Despite our lack of skills or qualifications, as a team we still managed to grow the company to achieve the accreditations of Asian Woman of Achievement, UK’s Best Boss and a Special Commendation from the British Prime Minister. Surprisingly, our success was down to the same philosophy on which I had changed my own life: No Blame Culture – No Excuses!


You have a strong focus on women in your work, for example you speak about female entrepreneurship and you run WESTT, the Women’s Economic and Social Think Tank. Why is this important for you?
‘The strength of a nation lies in its women’. That’s the motto of WESTT and my belief. When the men go to war or out hunting, the women stay at home and maintain the homes, the fields, the economy, the social infrastructure, the culture….when the men return, they fail to recognise that life continued without them! It is an injustice when we have a world without parity, without equal votes for men and women in the decision making processes and when we have inequality between men and women. If I don’t speak out, then who will? If we want change, then we all have to be responsible for driving that change ….No Excuses! My question to other women is, why are they not speaking out when they see injustices? I cannot do it alone.

Tell me about the moments in your life that you have faced and felt that your gender has been the source of the problem?
As Indian women, we start our lives with the discrimination that we are inferior to our brothers or male counterparts in life. I have no brothers, but four sisters and so to support my father we learned to do all the jobs in the house, the garden and even in his factory. This turned out to be the best education I could have wanted in becoming an women entrepreneur The discrimination really started when I married and faced the domestic violence and during the same period when I worked for a bank, and as a woman I was given no opportunities for promotion nor personal development. Today, I face the inequalities in society, especially in the policy making in Brussels, where I am a member of the European Economic and Social Committee and where my one vote, is countered by four male votes! Very difficult to get through any policies on Women on Boards, or on female entrepreneurship. Each time I speak out about another all male panel, or the lack of women in senior management, I face the negative backlash from my male colleagues. “Weak men fear strong women” – I am so pleased I found my strength lying on the floor 25 years ago so I can carry on fighting!


You have won an award for being the UK’s Best Boss, it’s a great award to win. Why do you think you won this award?
I was so proud to win this award as it was my staff who voted for me and sent the application. It was so long ago now, but it is a great accolade to carry and today we still use the same philosophy in all our companies: No CV’s, no blame culture and No Excuses! Madi Group values people on their ideas and what they can bring to the company – we love human capital, and that doesn’t come on a CV, it comes in a body!


What are your future plans and how will you achieve them?
My future plan is simple – 7 billion ideas into action, one idea into action for every person on the planet, including yours! So far, I have done 27,000 and now I intend to achieve the rest by engaging more people in turning their ideas into action. One way I am doing it is through my new book, Madi No Excuses!

The book shares the process by which anyone can achieve their true potential and their ambitions in life by following a very simple, but challenging process. It is the same process I used to get where I am today, and the same process others who are successful have achieved their goals. There is a unique bead in every book that you keep with you as a reminder “No Excuses!”

Tags: Women in Leadership, Women in Networking
Share This Post
Previous ArticleERVIN LASZLO: FOLLOWING THE NEW PARADIGMNext ArticleIF THERE IS ANY OPTIMISM, SURELY IT IS FEMALE
You May Also Like

The challenges of being a female Ayurveda doctor in the UK
November 23, 2016

Linda Rama: I consider myself lucky to live with the prime minister
June 10, 2017