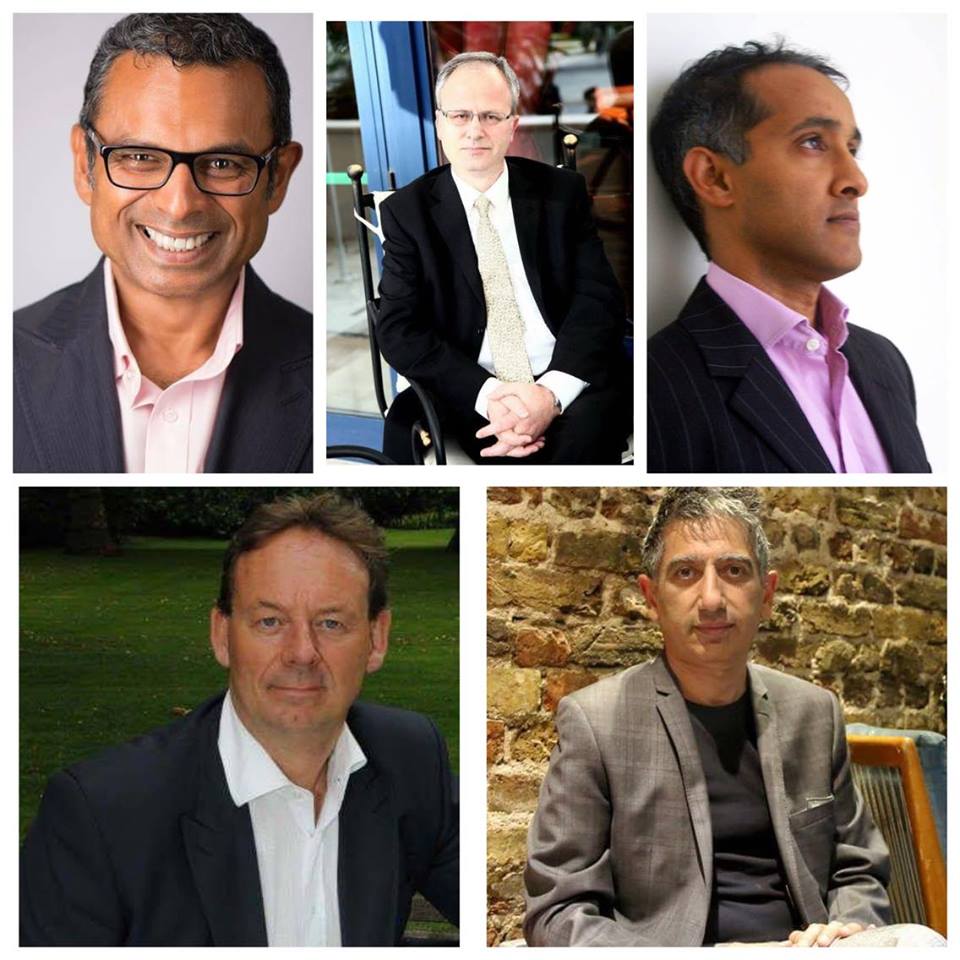 This a new paradigm to men and women to better understand each other. Here are more men’s perspective of how women believe that men are or should be and their own insights of how who they really think they are.

Rumour has it that men want to hear one of two things: “You’re so strong” and “My hero”; where women typically want to hear “I love you”. My wife and I put these theories to the test when the other least expected it – and it actually worked a treat! So what’s behind that? As a relatively traditional man, I instinctively love to provide and protect. I feel good about myself, fulfilling an important role and contributing. My wife doesn’t see why I should provide any more than she, though as far as protection is concerned, she naturally looks to me without a second thought. She likes to feel safe and I am sure that “I love you” adds to that feeling of safety.

Recalling conversations from the hundreds of men’s groups I’ve held over the years, men’s core needs are quite similar:

The University of Birmingham, UK

What do men want?
When I was contacted to share my views on this topic, the initial thought that crossed my mind was a sense of gratitude for being asked in the first place. That I was approached to comment on this by a women’s magazine makes my appreciation even more poignant. After all, almost a century has lapsed since Freud posed the famous question “What does a woman want?” We men have convinced ourselves that we are second class citizens when it comes to the interest womenfolk show in our feelings. True, we don’t like wearing our heart on our sleeve when we are asked directly to explain ourselves but this is another issue.

We men have convinced ourselves that we are second class citizens when it comes to the interest womenfolk show in our feelings.

The important thing is that men are good at playing victims; even better than women. We still have not received recognition for this. As a social scientist I should know better, though. Notwithstanding Freud’s valiant face-saving, though hardly rewarding, efforts, male scholars, as a whole, have a long unenviable record when it comes to both the level of interest they have shown and how they have treated women in their work.Especially sociologists. As it often is the case, the fault for this also lies mainly with the ‘founding fathers’. Brilliant minds as they were, let’s face it, the likes of Marx, Weber and Durkheim did not really have much time for women.

Generations of sociologists since then have made amends by trying diligently to turn sociology into more of an equal opportunities discipline gender wise. I wonder at times if my continued interest in Mother Teresa over the last two decades is also motivated by a sense of disciplinary guilt. I don’t know, just as I have yet to find out why no female feminist as yet is fighting Mother Teresa’s corner. Not to mention Germaine Greer who, it appears, has an axe to grind with the Albanian born visionary missionary. But enough of women. What was the question again?

A world in which everyone’s needs are met

As a career lawyer for 28 years, I had many, mostly selfish desires and wants. I set personal goals to make more money, raise my status, and do all the things that would bring me prestige, success and happiness. And yes, I was successful – in conventional thinking. And I was happy – some of the time. I also experienced anxiety and stress. I was arrogant and irritable, judgmental and critical. My health suffered. The mind was appeased but the heart was hurting. The soul was dying. I was called to embark on a much sweeter journey, an inner journey of adventure and discovery; of uncovering my deeper truth and authenticity; a journey of insight and learning; a journey to freedom. It came in perfect divine timing.

For some time now, powerful new energies have been coming on to the planet. I believe that these have been pushing us all to express our highest truth and to release all the old ‘stuff’ that is out of alignment with that truth. For some people, this has brought redundancy, unemployment, or break-up of relationships. For others, it has meant restlessness and anxiety and self-questioning.

My own earlier career dissatisfaction was almost certainly a wake-up call for me to align with my own higher truth. In my experience, “we” – the planet, the world – are transiting through a major consciousness shift. From division and despair to unity and empowerment. A new consciousness is calling us to transcend fear, to recognise ego (our false self), to stop judging – ourselves and others, to release and forgive the past, to love and accept ourselves just as we are, and to come, ultimately, to a consciousness of our interconnectedness. This is our transformation. This is our potential.

A world of freedom for everyone to follow their passion, to do what they are born to do, or choose to do.

I want to live in a world of peace, love and harmony, and prosperity for all. No ifs or buts! It is, I believe, my birthright. And your birthright. A world in which everyone’s needs are met, a world of sharing, compassion, cooperation and respect for nature, for the planet and for every sentient being, where no one goes without because of where they live, what they believe in or how much money they have. A world of freedom for everyone to follow their passion, to do what they are born to do, or choose to do. A world in which nothing is suppressed or withheld, where energy is free, where clean alternatives to oil and petrol are readily available, where everyone can enjoy nourishing organic food, clean pure drinking water and holistic health.  A world of joy on people’s faces, of laughter and vitality and enthusiasm for life, of boundless optimism and positivity, of love and kindness for all…

And everything is possible. As John Lennon sang, I may be a dreamer but I’m not the only one. And I hope that you will join me because the world can be as one.

Men are confused. Collectively speaking that is. In the movie, ‘Australia’, starring Nicole Kidman and Hugh Jackman, the hero of the movie was Nullah, an Aborigine boy. Whilst widow, Lady Sarah (Kidman) was eager to raise the boy her Western way, Nullah’s grandfather takes him to the Outback for his ‘walkabout’. Walkabout is a rite of passage when Aborigine males between 10 to 16 years of age live in the wilderness for a period (as long as 6 months) to make the spiritual and traditional transition to manhood. Rites of passage for men have been practiced across cultures and history. However, as societies became more ‘civilised’, rites of passage started disappearing. Yet, the need for experienced men to mentor adolescent males has never been greater.

Like many men of my generation, culture and spiritual background, we neither had role models nor mentors. My dad was a traditional Bengali with dogmatic attachment to religion and a Victorian attitude – children should be seen and not heard. Thankfully, mum was my superhero. It is from her that I modelled compassion, nurturing, creativity and patience. The new breed of conscious men have rejected the old patriarchal paradigm of survival of the fittest. We are still alpha males, but with an attitude of gratitude and connection rather than separation. My current role model and friend is Dr John Gray. I agree with his observation that men want only one thing from their soulmates – they want them to be happy. Seriously. We are that simple.

We are still alpha males, but with an attitude of gratitude and connection rather than separation.

We also have desire to feel appreciated and needed from a heart-centred space. Remember, we like to fix things. Don’t take that away from us. On the other hand, for the sake of the sexual and mental health, men need alone time. Think ‘walkabout’. This is how we regenerate our divine masculine, get clarity and increase our sexual energy. We are far better allowing our minds to empty. Some call it ‘contemplative meditation’. After thousands of years of being hunters in charge of providing for the survival of his family, men still have that innate instinct to provide. The only difference is that we have replaced the mammoth or the buffalo (some of us are vegans) with careers and entrepreneurial ventures. Thus, when we are in a place of balance and harmony in our health and relationships, we have a natural inclination to excel in our vocation. In conclusion, even the conscious men, in a nutshell, have very simple needs. We just like to make them sound complicated!

Men are competitive by nature. They desire money, a nice car, a big house, and many women so they can show off their success to others. Is this the result of pressure from society, or just an unconscious urge due to our nature? Can it be that men are victims of nature, therefore, meant to keep the continuation of the circle of life moving onward? Going back as far as any one of us can, it seems there has always been competition amongst men. The key to what has changed is evolution, and, of course, society.

In today’s world, if a man earns more, he may tend to spend more, to own more ‘toys’. So the perpetual competition is, in fact, a circle. It can be a healthy rivalry, where one man inspires another to set ‘his’ own bar higher, thus achieving more in the end. This friendly comradery, often times, creates power. The more a man earns, the more powerful he becomes. As a result, men clearly gain power by earning money. As the fight to compete and conquer began with men fighting in the fields, we have evolved to fight in different ways; money has now become our weapon of choice.

On the flip side, if we delve deeper, men are a bit like children. Most of us never grow up to be independent; we need our mothers, sisters, a wife or a girlfriend to look after us. Most of us can’t cook, iron, or clean the house well. Does that make us really strong or weak? And when men get together, the general focus at some point in the conversation will be, “Look at this woman“; so we are brought back again to money and women. Yes, we like women, but that endless list continues as we also love football, sports, games, and gambling.

I don’t see women as objects. I find the woman to be a piece of art.

For me, the joy is business, and the fruit is the money. I don’t see women as objects. I find the woman to be a piece of art. If she is presented beautifully, she becomes that piece of art. This is why fashion is my passion, it’s what I want. I love photography, art and publication. I could just watch catwalks for hours; the beauty of the designs, as well as the model who wears the unique modes. Once I click my camera as I view the splendour through my lens, I forever capture that moment in time. That right there is my motivation, and ultimately, my satisfaction.